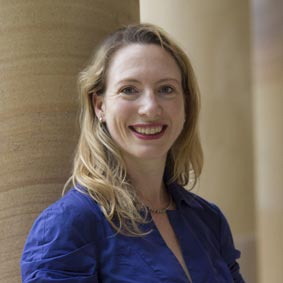 She is an experienced facilitator, peace educator and artist. She conducts Peace Moves workshops for developing conflict transformation and communication skills through the use of movement and facilitates Creative Responses Process feedback sessions for artists and communities.

The first dancer to be selected as Rotary World Peace Fellow, Erica Rose has completed a Masters in Peace and Conflict Studies at the University of Queensland, with a focus on partnering conflict resolution with dance education, integrated arts and embodied facilitation. She recently completed research in Mindanao, the Philippines connecting dance, empathy and peace.

Originally from Montana, she has worked as a performer, choreographer, educator and arts leader in the United States and internationally. Involved in multiple communities, Erica Rose has taught for the San Francisco Ballet program in public schools, Luna Dance Institute and directed Marin Dance Theatre’s Let’s All Dance! Outreach program. She was instrumental in launching the Parkinson’s Dance Project, Marin County’s first Dance for Parkinson’s program. In addition to performing, she co-directed the dance company COUNTERPOINTE. In Australia, she initiated the first nationwide Dance for Parkinson’s Disease program and is currently supporting Queensland Ballet in their Dance for Parkinson’s Program.

Erica Rose has been involved in the Community Cafés Dialogues as a facilitator and organizer since early 2012, supporting projects throughout Brisbane in multiple communities. She is enthusiastic about dialogue in all its forms, spoken and artistic. He is a highly experienced facilitator, conflict resolution trainer and assessor, as well as a nationally accredited mediator under the National Mediator Accreditation System (NMAS). Serge conducts workshops for understanding conflict, negotiation & mediation skills, group facilitation, intercultural conflict resolution and leadership and teamwork. He also facilitates dialogue and strategic planning workshops. He is well known for innovative and interactive teaching and training methodologies including the use of simulations, reflective practice and embodied and experiential learning. At university Serge teaches courses in mediation, negotiation and theories of conflict resolution.

Serge has mediated workplace disputes and community conflicts and has worked with a variety of clients, including local and state government, police, military, businesses, primary and secondary schools and community groups.

Since 2017 he has led PaCSIA’s work in the Autonomous Region of Bougainville in Papua New Guinea which has supported the internationally recognised referendum on Bougainville’s future political status of 2019, and which has reached over 45,000 Bougainvilleans through the use of facilitated public dialogue.

Associate Professor Anne Brown has depth and breadth of experience working on questions of peace and conflict and of governance and state formation particularly as they relate to peace. Much of this focus has concerned societal, community, or varying cultural understandings and sources of peace and security and their interactions with state-based forms of order. Anne has worked extensively with different aspects of these questions through research, teaching and practice.

Her work is shaped by a number of long-standing interests. These include the intersections of practice and theory; the challenges of working across cultural and other forms of difference; and a methodological orientation that emphasizes mutual acknowledgement, respectful exchange, and dialogue. Anne’s research programs are often policy-oriented and include significant applied elements, working with communities or district level leadership.

Anne has worked as an academic researcher and teacher for almost three decades, mainly at the University of Queensland (teaching across Peace and Conflict Studies) and at RMIT University in Melbourne (teaching in the Masters of Development), and earlier at Griffith University and Australian Catholic University. Conflicts and questions of governance in the Philippines have featured as case studies in courses in Political Violence and Terrorism, and in Peacebuilding.
For approximately a decade before her work in universities, Anne was a diplomat with the Department of Foreign Affairs and Trade, with a posting in China.

As well as the posting in China and language training in Taiwan, Anne has worked in Vanuatu, Timor-Leste, Ghana, Liberia and Bougainville. Volker’s two main streams of work are on hybrid political orders and peacebuilding, and on environmental degradation, natural resources and violent conflict. His regional focus is on the Pacific Island countries.

Over the last few years, Volker was involved in various research projects addressing peacebuilding and state formation in post-conflict hybrid political orders. Starting point for this research was a critique of the current mainstream discourse on so-called fragile states. By re-conceptualising fragile states as hybrid political orders, the focus of the discourse was shifted to the state-society nexus and the resilience of local communities and their peacebuilding and governance capacities. Together with PaCSIA colleagues, Volker has applied this innovative approach to research on peacebuilding and state formation in South Pacific and Southeast Asian countries like Bougainville (Papua New Guinea), Solomon Islands, Vanuatu and East Timor.

Volker will continue exploring the potential and limits of non-Western local approaches to conflict transformation and peacebuilding, and the interface of local and liberal Western approaches.

After having worked extensively on issues of ‘water, conflict and cooperation’, Volker’s focus in the workstream on natural resources, environmental degradation and violent conflict is currently on mining and conflict, with particular emphasis on company- community relations in post-conflict mining projects, and on climate change, conflict and peace in the Pacific – which is a topic of rapidly increasing urgency in the Pacific region.

Volker has been working in the field of peace and conflict studies for more than four decades, most of the time with leading peace research institutes in Germany. He participated in various international research projects and is engaged in an international network of renowned scholars. He has work experience in Germany, Australia, Botswana, Fiji, Namibia, Papua New Guinea/Bougainville, Solomon Islands, Switzerland, and Vanuatu. Volker holds a PhD in Political Science from the University of Hamburg, Germany. Professor Dr Polly Walker is the Director of the Baker Institute for Peace and Conflict Studies at Juniata College in Pennsylvania. Her work includes the comparative analysis of different Indigenous ways of peacemaking, and on understanding the importance of ritual and culture in peacebuilding.

She has a doctoral degree in conflict transformation from the Department of Social Work and Social Policy, University of Queensland. Her PhD thesis incorporated a comparative analysis of North American and Australian Indigenous peacemaking with Western conflict resolution theory and practice. This allowed her to develop a conceptual framework for transforming conflict between Aboriginal and non-Indigenous Australians.

Polly has also worked in peacebuilding and development issues in Vanuatu and the Solomon Islands. Within Australia, she has worked with a range of communities, including Aboriginal and Torres Strait Islander Australians, a Philippines development and peacebuilding organisation, and people of refugee and migrant backgrounds.

She is co-editor of an anthology on ceremony, ritual, theatre and peacebuilding and works with community workers, theatre artists and directors through a network of performance peacebuilders.

Polly is an executive board member of the IMPACT project (Imagining together a Platform for Arts, Culture and Conflict Transformation) a global project designed to enhance the ecosystem of arts and culture-based approaches to building a just peace. The project has hosted a number of two-day online dialogues (learning exchanges) that have reached over 500 people around the world, sharing perspectives of artists, peace and conflict scholars on the strengths, potential and limitations of arts based approaches to transforming conflict.

Polly is of Cherokee and Anglo descent. She grew up on the traditional lands of the Mescalero Apache and is a passionate supporter of the reintroduction of the Mexican Grey Wolf to parts of New Mexico and Arizona. Tanja Hagedorn is a senior professional with 25 years of experience in health, youth development, community & volunteer engagement in the USA, South Africa, and Australia. She is a skilled facilitator and mediator, committed to building inclusive processes in community settings with a special interest in inter-faith and inter-cultural dialogue.  She currently is the Queensland Coordinator for Together for Humanity, facilitating diversity education through reflection, interaction and collaboration in schools and community organisations.

As the director of a spiritual growth program at Riverlife Baptist Church she developedprograms for children and Youth, recruited, trained, and supported volunteer teams and advocated for people with additional needs.

Prior to moving to Australia with her family in 2007, Tanja practiced as an Occupational Therapist in the USA and South Africa for over 10 years.

Tanja loves traveling, reading historical fiction, and spending time with her husband and three children.  When she has a moment to herself you can find her sweating in her local community boxing gym. 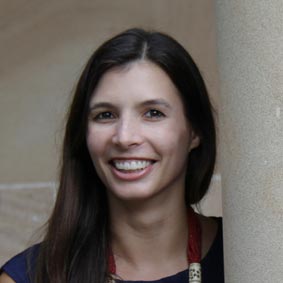 Casey Crocket is a nationally accredited mediator (NMAS), conflict coach, facilitator and victim-offender mediator. She currently works in community justice with the Queensland Department of Justice and Attorney General. Originally from Michigan, Casey spent the first six years of her career working as a teacher of English for non-English speaking youths in Japan, Spain and Texas.

Her interests include utilizing conflict resolution as a part of cultural education and connecting people from different cultures to build mutual understanding. Casey came to Australia on a Rotary Peace Fellowship to study Peace and Conflict Resolution at the University of Queensland and has been involved with the Community Café Dialogues since 2013. Joseph has interests in the politics of conflict management and resolution in post-colonial settings. Specific areas include: state-society telations in conflict management and resolution, state-building as conflict management, politics of development, community-based approaches to managing conflict relations between local and external interveners in peacebuilding and post-conflict reconstruction. His PhD thesis focused on Governance and Conflict Management in complex post-colonial settings, with East Africa as his case study. He also holds a Sessional Lecturer’s position at the School of Political Science and International Studies, University of Queensland, where he teaches conflict resolution.

Geographically, Joseph has extensive work experience in the Great Lakes region and Horn of Africa. Here he has undertaken assignments in Kenya, Uganda, Tanzania, Burundi, the Democratic Republic of Congo, South Sudan and Rwanda. He has also been involved in short-term initiatives in Zambia and Somalia. Outside of Africa, Joseph has worked in the Philippines and in Australia.

Before coming to Australia in 2009 to pursue a Rotary Peace Fellowship, Joseph spent 7 years working in local, national and regional programs in peacebuilding and conflict resolution in Africa. He worked with the Great Lakes Parliamentary Forum on Peace that provided space for Members of Parliament to strengthen linkages with their communities and other stakeholders in areas of peacebuilding and democratic governance. In the Philippines, he worked with the Office of the Presidential Advisor on the Peace Process (OPAPP) engaged in monitoring and evaluation of peacebulding programs undertaken by the Peace Institutions Development Office (PIDO).

In Australia, Joseph has combined his academic engagement with community work. He has significantly contributed to the organisational capacity of African communities in Queensland and implemented the award-winning Diverse Brisbane Project for Brisbane City Council. Mark Love is an anthropologist with a strong emphasis on applied research and practice, with over 10 years experience working in the Pacific region (Solomon Islands, Vanuatu and Australia).

In Vanuatu, in addition to his work on the Vanuatu Kastom Governance Partnership and the Christensen Fund/Anglican Church ‘Language, Family and Relationships’ project, Mark’s dissertation research included evaluations of the impacts of the women’s micro-finance group VANWODs and several marine conservation and alternative livelihood programmes in two select regions of the country.